Well Worth the Wait

A couple months back I sent Greg of Plaschkethysweaterisargyle a bunch of cards of the Dodger variety along with some A&G needs. He told me he was going to poke around for a while to try and find me some cards.  Boy did he come through!

We'll go over some of the hits, Braves, and ginter things he sent me today, but we still won't be done.  Tomorrow will be set aside for the second half of his package which contains some sweet, sweet vintage that I've never even seen before (let alone owned). 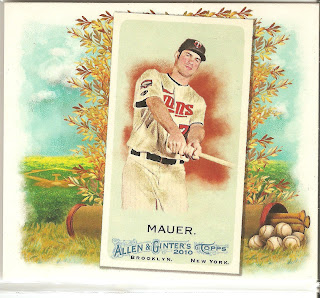 When we first started talking about a trade, I told Greg to just send me any extra Ginter minis he had and then whatever else he felt would make the swap fair.  After opening his package, I feel like he simply dumped what remained of a hobby box on me.  I'm certainly not complaining. 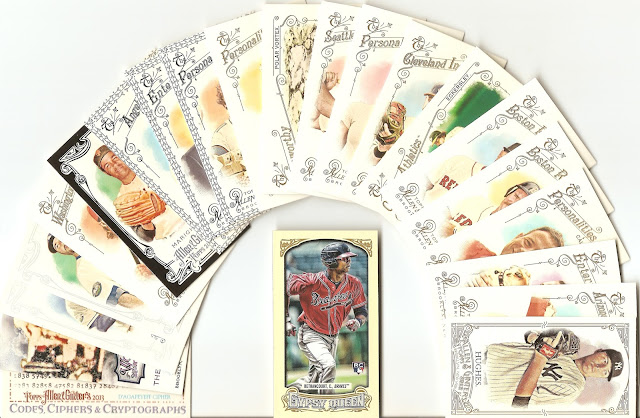 I needed a couple of these and the rest have just become more trade bait.  My favorite is definitely that snazzy looking black bordered Marichal.  That's one thing I really don't like from last year's Ginter set; the black bordered minis weren't all that special looking.  Hopefully this year's set will rectify that. 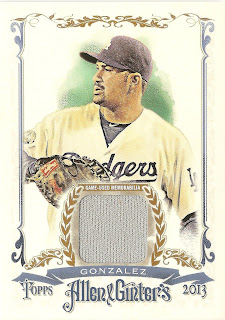 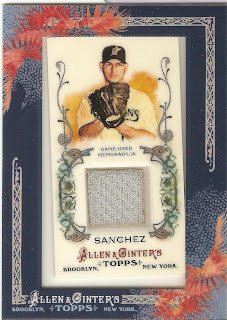 Greg also sent me two seemingly random hits.  I didn't have either of them, so that's cool.  I'm not really a huge relic guy though, so these, and most of my other Ginter relics are up for trade if anyone happens to be interested. 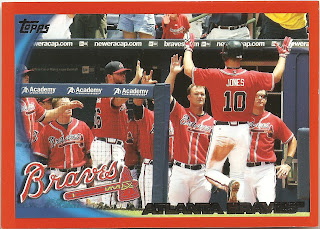 Now that we're finished with the Ginter, Greg also sent me a huge stack of Braves cards from various sets.  Most of the cards were from Topps flagship sets (Greg seemed to have a particular affinity for 2011), but I really haven't bought much flagship, so a lot of these were new to me.  Here are some highlights! 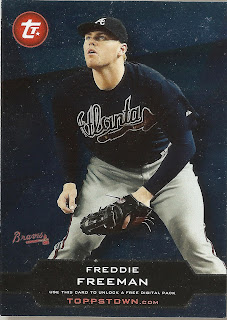 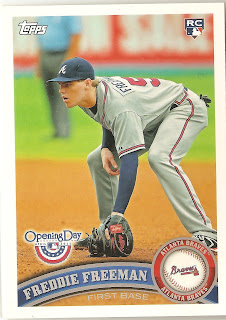 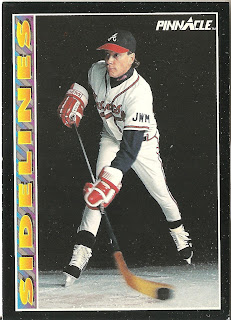 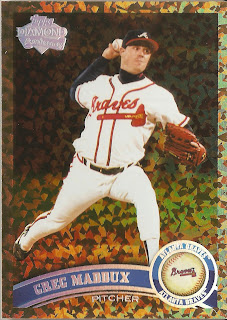 I remember having that Glavine card at one point in my life, but I haven't been able to find it.  So I really appreciate the new one, as its one of my favorite.  I'm not even all that much of a hockey guy.  To me, pitchers tend to have one of two vibes; complete (and unapproachable) studs, or somewhat awkward.  Maybe I'm crazy.  Anyhow, for some reason, Glavine playing hockey makes me laugh. 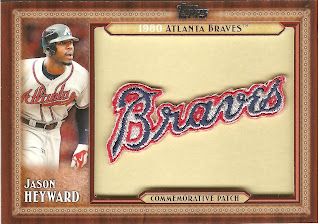 Greg also sent me a handful of Braves hits.  The first is this Heyward manufactured patch.  I surprisingly like this card quite a bit.  Most manu-patches turn me off, but I really think this one is particularly clean and well designed.  Well done Topps! 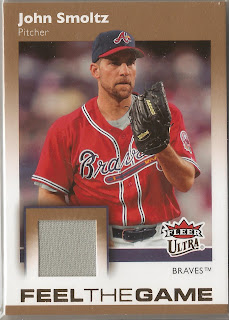 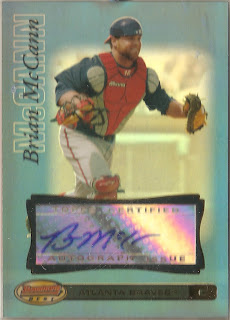 We've got a relic of my favorite player!  Wooo!!!  It's a pretty simple gray swatch, but I certainly didn't have this card before.

The McCann auto is also very appreciated.  I'm actually curious about how McCann will be viewed toward the end of his career.  I'm still at the point where I still consider him a "career Brave"... as in, I still don't think of him as a Yankee.  I suppose he still has plenty of years left in him, but I'm curious as to how many non-Brave years McCann would have to have for me to stop considering him as primarily a Brave.

I suppose Alex Rodriguez is a decent example of this.  When I think of him, I think Yankee, but it took quite some time to actually get me to think that way (probably 2013).  He played in Seattle for 7 years and Texas for 3.  He's now been a Yankee for 11 years, so it took me quite awhile to drop that Seattle franchise tag from his name (at least in my mind).

Complete change of subject.  I have an Allen & Ginter contest going on right now and one of the 6 has a deadline of TOMORROW!  I currently only have one entry and I know for a fact that many, many people have seen the contest (13 people have signed up for the first one).  This one is probably the easiest of the 6 too!!  All you need is to provide a number and you've got a chance!  Find it here!