I recently sent Greg of Plaschke, Thy Sweater is Argyle a big ole package of Gintery Goodness.  We’ve done a decent amount of trading in the past, so at this point I’m fairly certain Greg has pretty much run out of things that are specifically on my want list (as it doesn’t grow all that fast).  That certainly doesn’t stop us from trading though!

This particular package contained a complete mishmosh of all sorts of cards I enjoy… and the best part is that I only knew of two cards that I was getting. 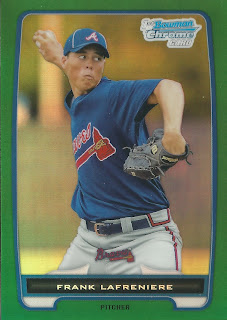 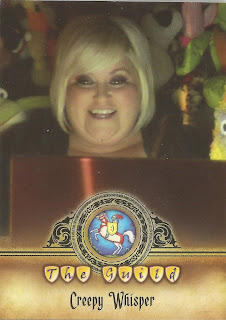 See?  Completely random!  Braves pitching parallel… grrr, not purple and a card featuring a show that I wasn’t really able to get into.  However, The Guild does feature one of my favorite content creators in Felicia Day who is famous enough to be an Allen & Ginter autograph subject!  One that I own!  So I appreciate that gesture. 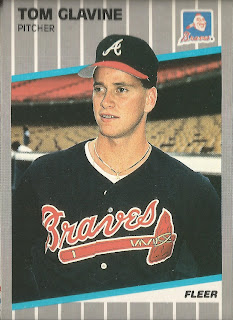 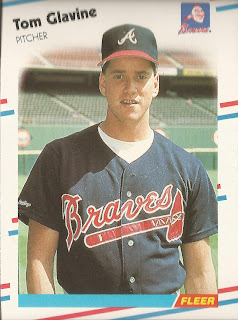 Next, Greg attacked one of the Braves’ great 90’s pitchers in Tom Glavine starting with some junk wax.  Surprisingly, I don’t think I had the 1988 Fleer on the right. 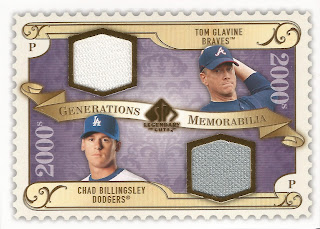 This card is from Upper Deck’s Legendary Cuts set in 2009 and was probably a pretty sweet dual relic pull on set release.  Billingsley was just coming a 16-10 (3.14 ERA) season and proceeded to make the All-Star team in 2009.  Unfortunately, his career went quickly downhill from that point, he eventually had to have Tommy John surgery, and hasn’t recovered since. 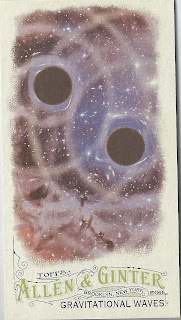 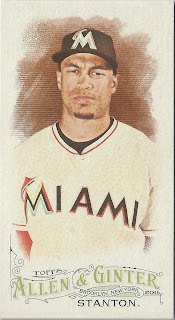 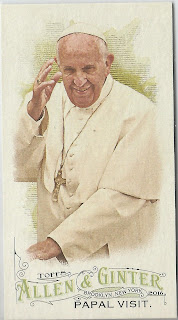 Greg actually did find some cards off my want list proper!  These 3 minis help to reduce my 2016 regular back mini set build down to 38.  We’re getting there! 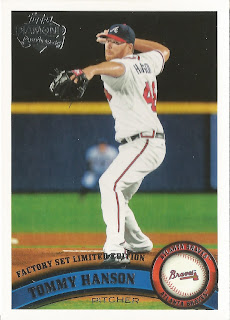 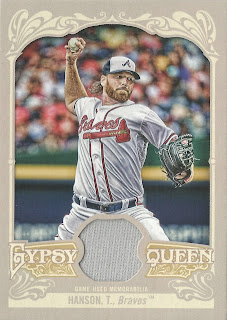 These two cards made me real sad as they remind me how short life really is.  Tommy was one my favorite "modern" (read: post Maddux/Glavine/Smoltz era) Braves pitchers when he was still with Atlanta.  Unfortunately, he seemed to fall apart when he went to the Angels.  I simply choose to believe that the Braves have the best pitching coaches out there... and it all stems from the Leo Mazzone era. 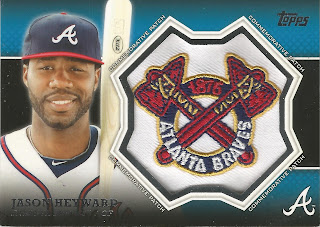 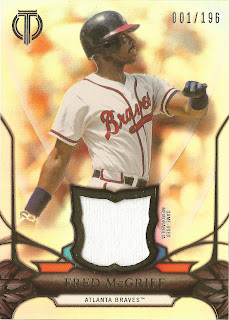 What's a trade package without some fun relics???  Well... personally I'm not the biggest fan of these fabricated relics, especially when they're all plasticy like many of the newer Topps flagship versions.  This one I'm pretty okay with as it manages to still remain an attractive card.

The Fred McGriff is glorious AND its an EBay 1 of 1!  I believe this is my first hit of the Crime Dog and I remember watching him play as a kid. 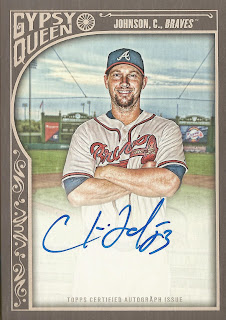 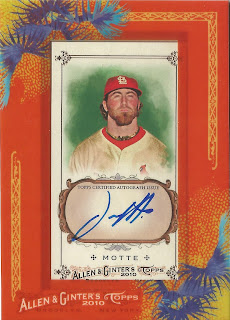 These two were actually the only two cards I knew were coming in the package.  The Chris Johnson I wanted because he did some good work as a Brave and Gypsy Queen isn't a terrible look for an auto (like it is for its base cards).  The Jason Motte came my way purely because its on Allen & Ginter card stock.  I'm a sucker for framed minis and this happens to be one.

Johnson gets auto props for including his number... which, by the way, I believe he has only worn for the Braves. Otherwise his signature is mediocre.

Motte's... well I can read the 'J' and the double 't'.  I guess that still better than some of the recent soccer autos I picked up!

Thanks for the great package Greg!
Posted by Bubba at 2:37 PM