I recently won a blogiversary contest over at Bob Walk the Plank alongside blogging extraordinaire, Night Owl.  While the cards I received from Matt were certainly quite different than those Greg received, the strategy he utilized was quite similar.

#1 Attack of the Sets Builds. 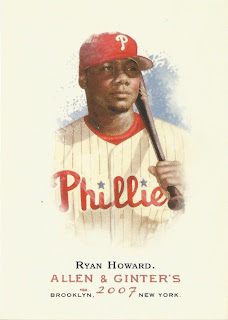 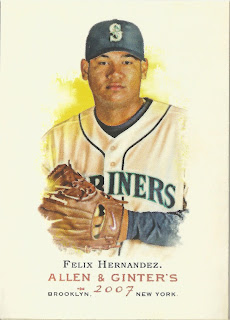 2007 Allen & Ginter has always been a sticking point of mine.  I still needed lots of base cards simply because I've never had the opportunity to open any of it.  Now I need significantly fewer of these beautiful base cards as Matt knocked out about 3/4 of my remaining want list. 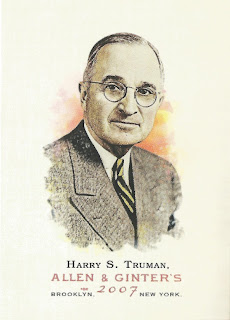 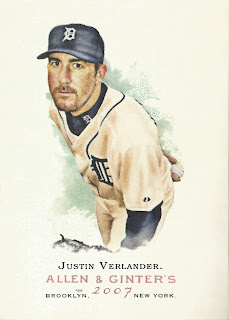 I love this Truman card, and I miss the old Allen & Ginter inclusion of historical legends like this.  Hopefully we don't get another year full of crappy comedians. 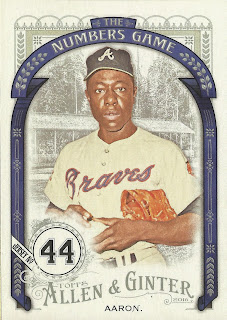 This is now a set completed for me.  I was silly and traded away my only copy of this card without realizing it way back when I opened my case in August.  Now I have reacquired said Hammerin' Hank and the set is again complete (and now bindered away so I don't make the same mistake again). 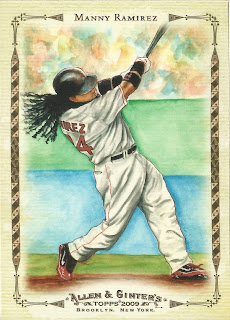 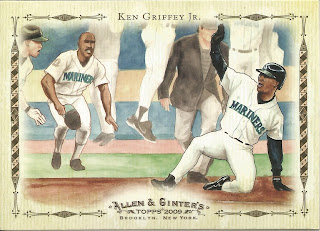 More set help!  This time 2009 style.  My favorite of this particular Ginter insert series featured some memorable moments from the 1990's and 2000's.  This Griffey Jr. one is awesome, and what a great artist rendition of that moment.

#2 Revenge of the Toploaders 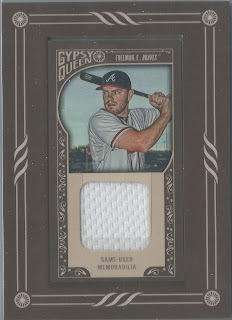 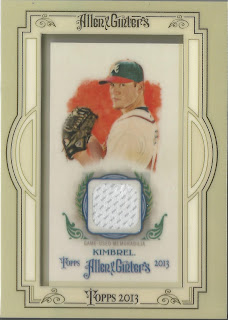 In addition to the set help, Matt also sent the both of us some random goodies.  My love for minis was probably the catalyst for these two cards.  Unbelievably, that Freeman is the first Gypsy Queen framed mini I own.  I have a couple autos from the set, but they are all full size.  Framing always makes a card look better, and Gypsy Queen is no exception. 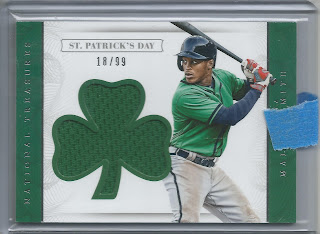 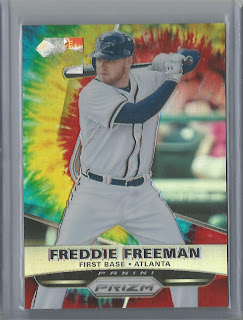 I was also apparently extremely lazy when scanning these cards.  I don't know why I didn't think to remove these cards from their toploaders before scanning, but I might as well stay lazy at this point.  It does show off the fact that Matt is clearly an experienced trading partner.

I greatly appreciate the Mallex Smith card coming a mere two weeks before St. Patrick's Day.  I love it even more because my friends from college have always called me a 'crazy leprechaun' due to my slightly red hair, my generally jovial nature, and my tendency to randomly heel-click whenever I feel like it.

I'm sure the Freeman is a parallel of some sort because its Prizm and that's what they do in that set.  It certainly looks cool enough... just missing the giant Tomahawk on the jersey. 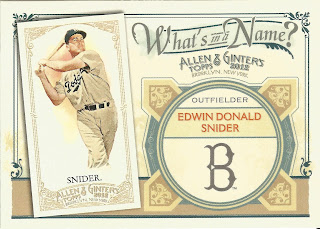 Granted, this is nothing like the Duke Night Owl received, but I'm willing to give this particular Edwin Donald Snider a new home.  I just wish that he actually signed his name as Edwin Donald... what a great name.

Thanks for the contest and great cards Matt!
Posted by Bubba at 9:58 AM