Too Sleepy to Come Up With a Creative Title... But Someone Sent Me Minis!

Red Sox fan and Mookie Betts collector, Greg of My Baseball Card Comeback sent me team bags full of cards.  Lots of them.  Posting about them individually would both take far too long and really not do any justice to the sheer number of needs that Greg was able to cross off my want list.  So, instead of scanning every mini he sent and giving you a visual overload, I decided to place all the minis he sent on top of my scanner and pretend to scan them. 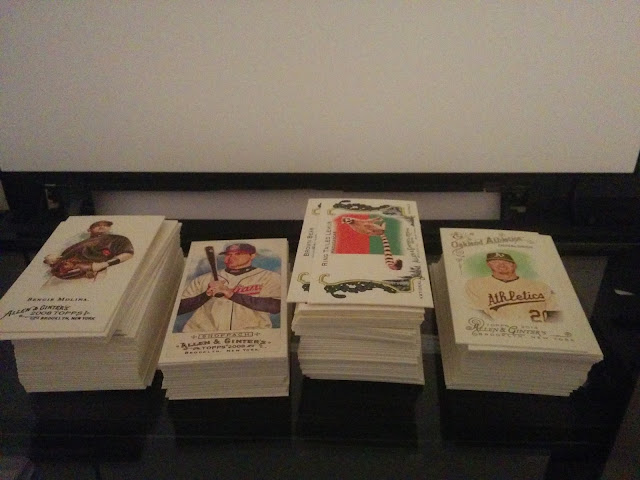 That's a lot of minis... and after taking two weeks to go through them all, there was only one duplicate added to my collection.  Greg did good. 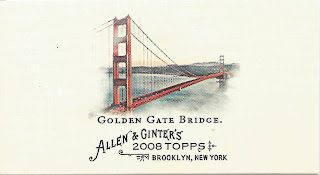 Don't worry.  I did scan a few of my favorites.  I decided to keep my favorites to a bunch of non-baseball minis like the above beautiful picture of the Golden Gate Bridge.  The card is so simple, but it still makes me continually stare at it. 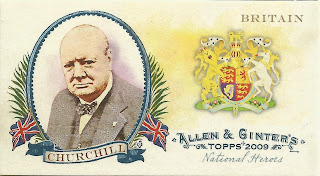 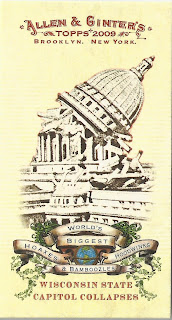 A couple non-baseball inserts from 2009, of which I'm severely lacking in quantity.  I had never heard of the Wisconsin State Capitol hoax until reading this card, so Ginter succeeds in continuing to teach me random facts. 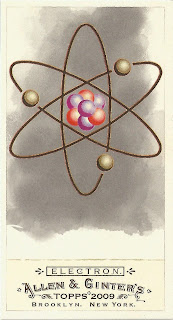 An ELECTRON from the same year's base set.  A bit of a silly card I suppose, but I kinda appreciate the seeming randomness of it. 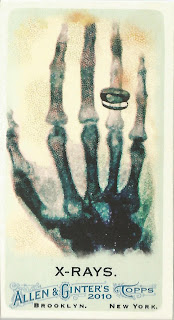 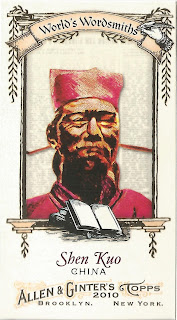 ...similar to how I appreciate the randomness of x-rays showing up in 2010, albeit on a much more ugly design.

This Shen Kuo is similar to that of Kate Upton's reaction after Rick Porcello won the AL Cy Young award yesterday.

Greg took to my want list mostly from 2008-2010 (must have been his prime collecting years).  These were years in which I had very little collecting experience and my want lists are extensive. 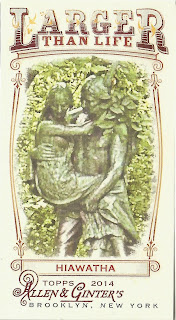 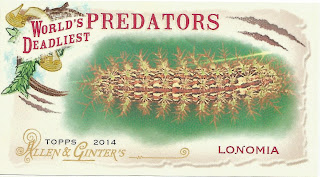 However, he was able to find a handful of minis I still needed from 2014, one of which completed an insert set for me!  Looking back on the 2014 mini inserts makes me miss the product.  The vast majority of the inserts from that year were above average, while I feel the last two years there have only been one or two inserts that I've really enjoyed. 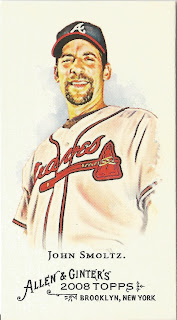 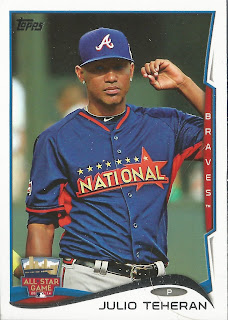 Greg also knew I was a Braves fan and didn't hold back on sending me non-Ginter stuff either!  An 08 Smoltzy mini came with the package (yes... I know, still Ginter), as well as a bunch of new Julio Teheran's to add to the collection! 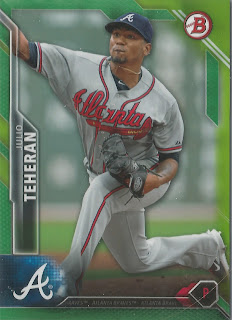 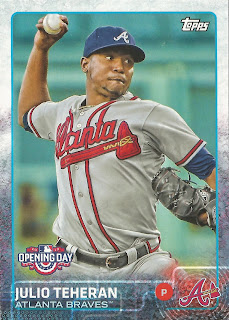 The highlight of the Teheran's was definitely this green Bowman numbered out of 99.  Thanks so much for the awesome trade Greg!  I definitely owe you one!