Every year since I started blogging I've hosted a rather large contest centered around the release of Allen & Ginter which typically releases mid to late July. This year's release date is currently set for July 18th. While I clearly haven't been blogging a ton this year, I do want to continue this tradition I've set for myself and get some free cards out to all my blog-readers! 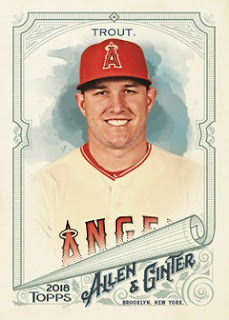 If you've never been a part of these contests, here's a link to how they've worked in the past (2015, 2016, and 2017).  You can expect similar prizes and a number of different contests in the coming month or two featured on this blog.

We're starting a bit early this year because the first of many ways to enter is going to be centered around this year's FIFA World Cup and the deadline is fast approaching!  I'm taking a page out of Kerry's contests from over the year's and we're all going to play match predictor.

Soccer has fairly recently become my second favorite sport to watch and I get especially excited for major international competitions along with big Premier League or Champions League matches. Even though the USA didn't qualify, this year's World Cup is no exception. I'm particularly excited to watch Belgium, Argentina, and Iceland (yes... I've succumbed to the thunder-clap bandwagon). 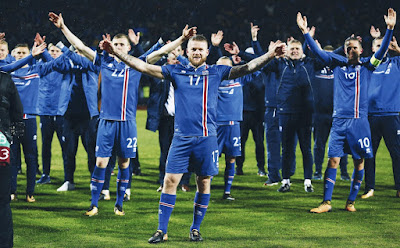 Here's the link to ESPNFC's match predictor that awards points based on picking the correct results as well as bonus points for answering two random questions about each game (i.e. Will Messi have 0-1 goals this game or will he have 2+ goals this game?).  ...and yes, the only pre-qualification for this contest is that you have an ESPN.com account. They're super easy to set up if you don't.

The winner will simply be the individual who finishes with the most points! Good luck!