I participated in Bo's "Little Fun Game" that he held a long while back.  In said game, I got stolen from at least two times... maybe even three.  In the end, I ended up picking up Bo's non-sport lot of cards solely because it featured a framed Allen & Ginter relic that I didn't yet have.  None of the other cards really interested me, so I'm not going to even bother showing them. 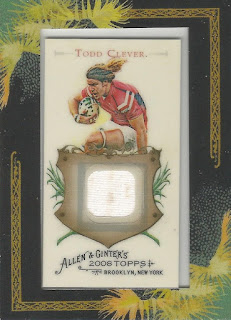 However, alongside his game, Bo offered to go through his gigantic box of trade bait and search for whatever we fancied.  I essentially told him to go find Braves pitching, and boy did he deliver.  I received a pile of Maddux, Glavine, and Smoltz cards from the early 90's into the early 2000's. 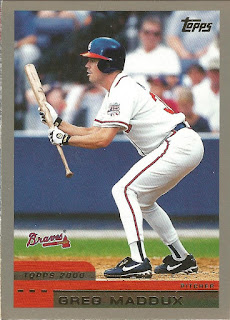 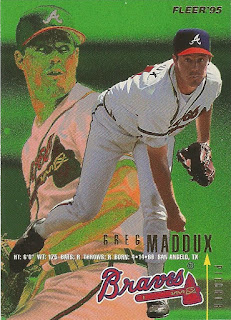 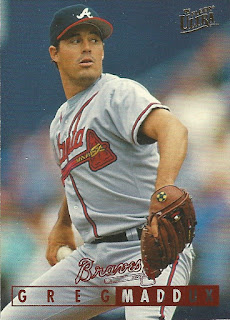 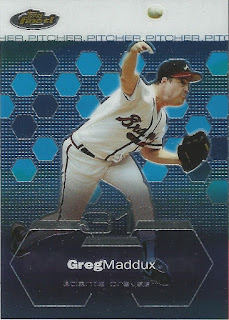 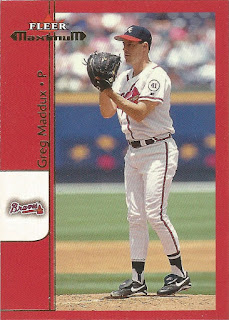 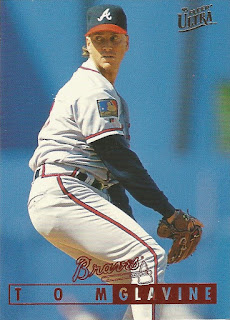 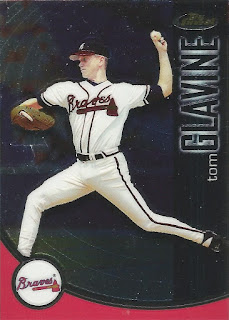 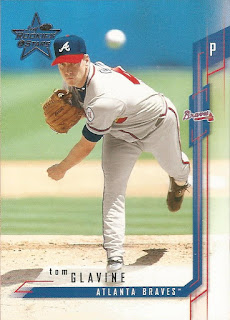 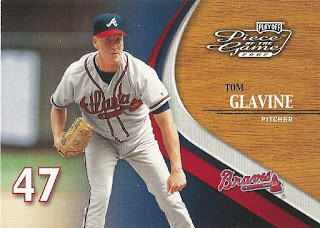 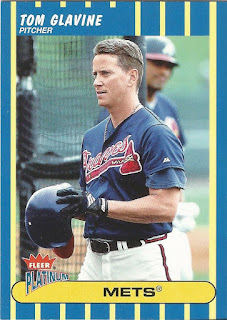 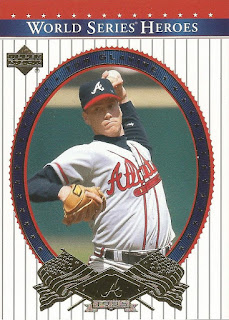 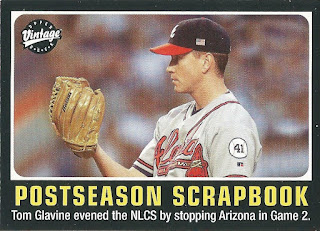 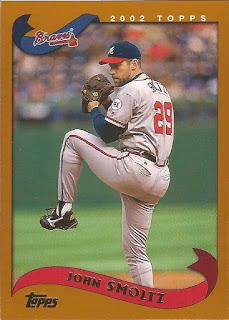 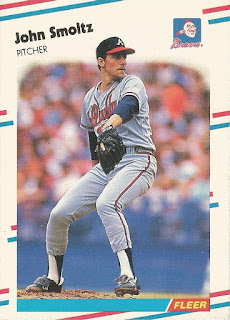 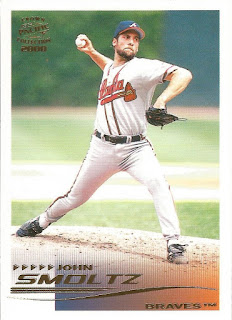 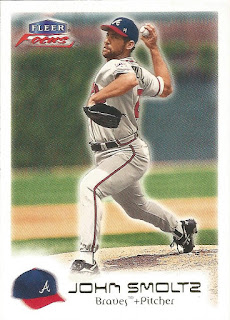 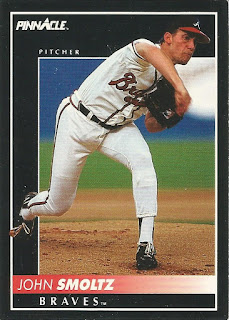 Also included were a good deal of Julio Teheran cards! 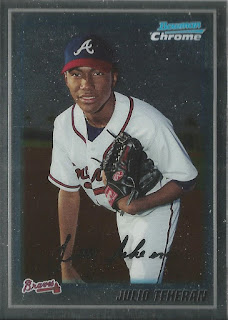 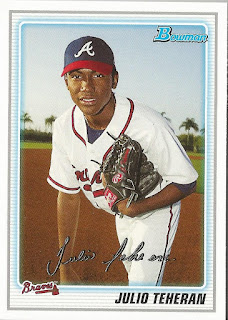 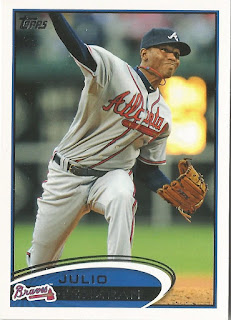 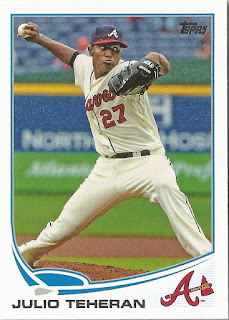 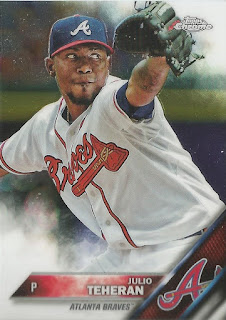 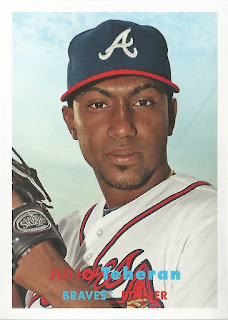 Such a wonderful mix of premium pitching displayed here.  Thanks so much Bo!
Posted by Bubba at 1:48 PM