First of all, Merry Christmas!  I hope you all had a wonderful day, whether it be with friends, family, or working like myself.  No worries!  I have a fabulous family dinner waiting for me once I get out.  In the meantime, its so slow here today that I was able to take some time and write up this post.

I'll take the time to highlight two Christmas present I received!  The first is my Secret Santa gift courtesy Kin of I Feel Like A Collector Again AND Beans Ballcard Blog.  Yes, he's got two blogs, and yes, his second one is vastly superior only because he uses 'B' alliteration like I do.  Amazingly, we didn't duplicate a single word in either of our blog titles. 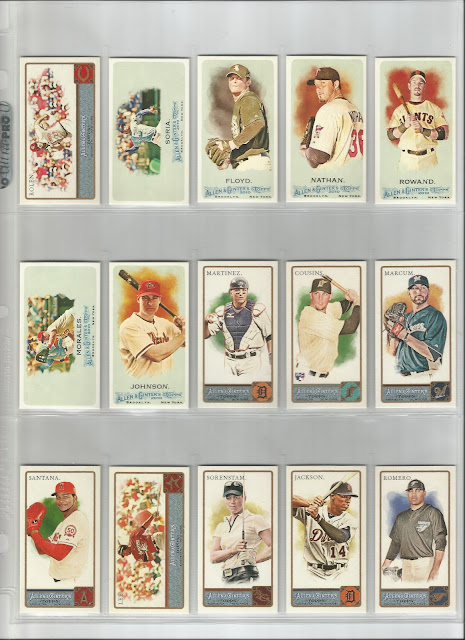 Kin immediately won over my heart by sending me tons of Ginter minis.  He even pre-slotted them into 15-pocket pages! 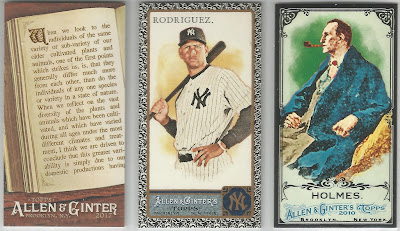 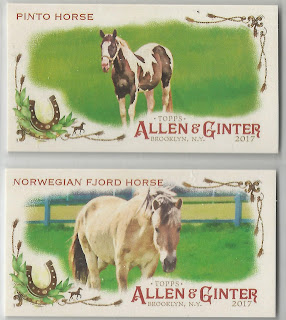 These were by far my favorite minis included in the package.  I hadn't opened almost any 2017 retail this year, so I had previously had no access to these beautiful Horse in the Race minis.  Kin put a dent in my checklist with the above two... 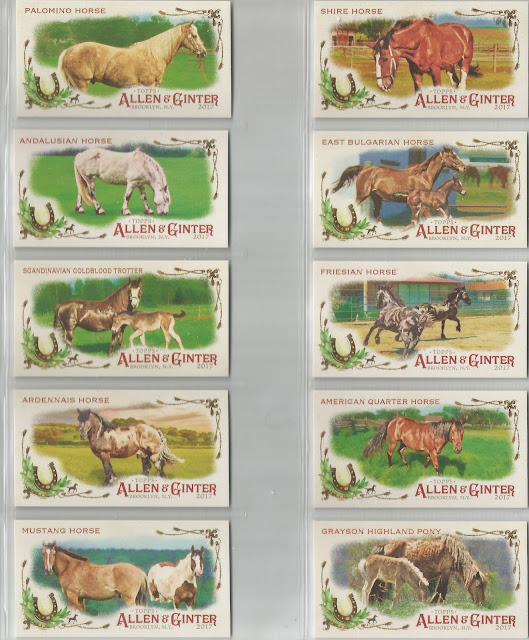 ...and ten more.  I think my favorite of this batch is the Scandinavian Coldblood Trotter as there's a beautiful foal featured on the card.  It also has a pretty awesome name.

Thanks for the awesome Secret Santa gift Kin!  Knocking minis off my wantlist is always some of the most fun I have.

Next up is a Christmastime bombing that All Trade Bait, All The Time sent out to seemingly the entire blogging world and I'm honored to be included in the mix. 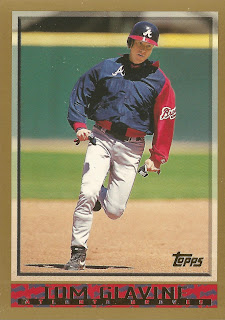 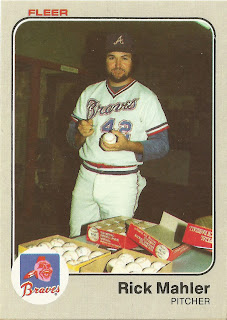 We got pitchers not pitching, which is always fun.  Mahler going through these boxes of balls is a pretty cool shot.  I wonder if they had pitchers 'rub the balls up' pregame before the modern day official Delaware River mudding of the balls. 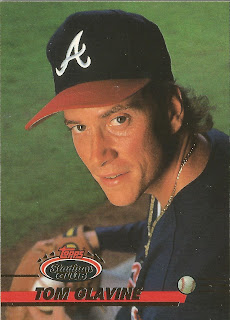 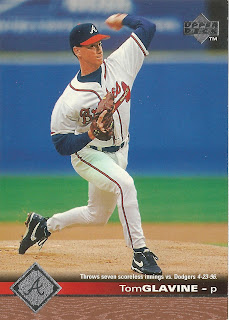 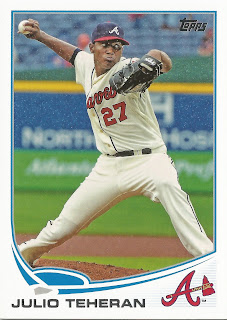 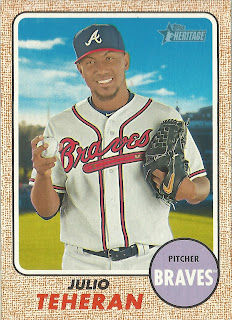 Oscar hit up my Teheran PC as well.  I haven't gotten to open up almost any '17 Heritage, so the fake blue skies card was definitely a need. 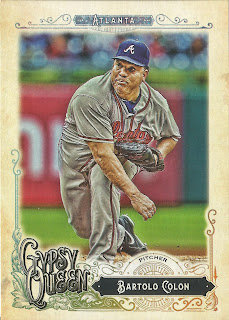 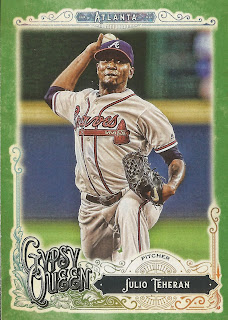 Finally two of the newfangled Gypsy Queen cards.  I've never really appreciated this set all that much, and this year really isn't much of an exception.  The team nameplate at the top of the card is the only design feature that I really enjoy.  The green border parallel was definitely a need though, and who can say no to a Colon card?

Thanks for the thoughtful send!

Merry Christmas to all and thank the Lord for sending us his Son this day!
Posted by Bubba at 2:45 PM