A few days ago I started a post with some recent Teheran pick-ups from eBay.  Those cards were part of a much larger purchase where I had to eclipse $80 to get 15% off the entire purchase.  I thought of it like grabbing a discounted hobby box. 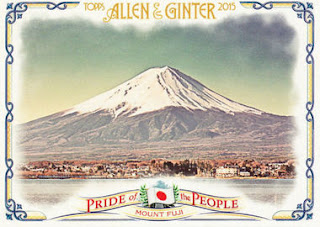 I started off with a bunch of BIG cards.  I'm trying to chase all the non-baseball boxloader sets that Allen & Ginter has put out.  There's not a whole lot of them and they don't tend to be too pricey, its just that no one really wants to send them because they are so big and awkward. 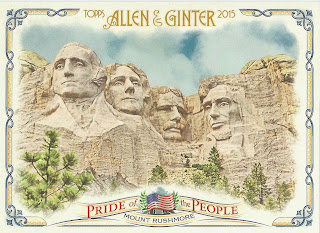 This Pride of the People set from two years ago happens to be one of my favorite boxloader sets.  I was actually pretty disappointed when last year's Ginter boxloaders only featured baseball players.  According to the sell sheet, it looks as if that is going to be the case this year as well. 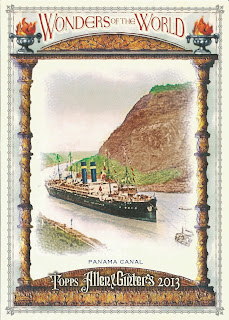 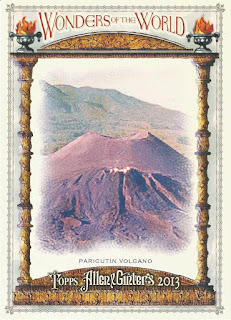 2013 had this massive 21 card set featuring wonders (ancient, natural, and modern).  If you've never seen these old style boxloaders (before 2014), they're enormous and actually quite hard to find in decent condition because of how clunky they are to store.  These babies take up the entire scanner bed by themselves. 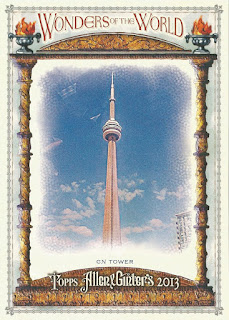 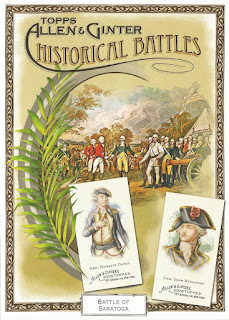 I was also lucky enough to find one of these boxloaders from 2008 in my price range which was around $2-3 a card.  I was happy to cross a number of these off my list and throw them into proper storage, which for these is a small plastic filing 'cabinet' (but really... it's just a box). 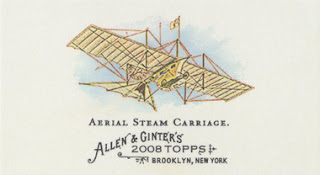 These are some cool ones.  Even though I already had all three, I was happy to nab all three of these for a buck as they are somewhat rare minis seeded one per half-case.  You also don't see them all that often, so I figured I would pick them up as a bit of trade bait. 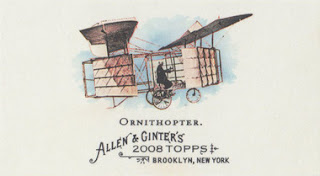 Who doesn't like planes on one of the better Allen & Ginter designs?? 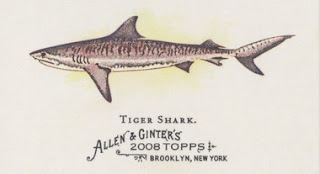 ...or sharks for that matter! 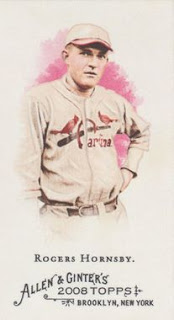 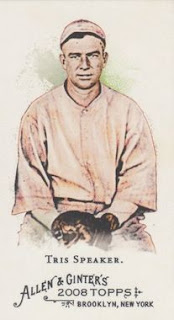 Back to cards I actually needed... these are mini inserts called Baseball Icons.  They were seeded in every other hobby box, and these last three finally saw me complete the 17 card set! 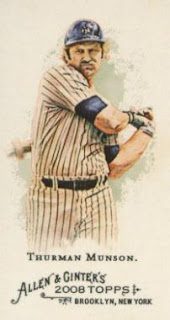 This Thurman Munson might have been my favorite card from that entire set.  Lookin' mean after just finishing his swing.  Hey Panini, I don't see a logo on this card... you could probably do something like this. 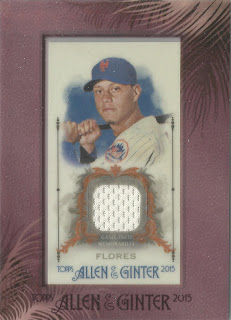 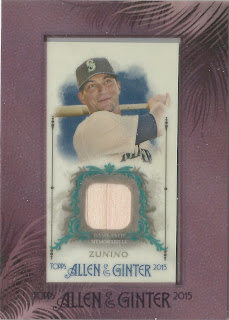 Fast forwarding to a bit more of the modern side of Ginter.  I'm still working on this framed relic set from two years ago.  I've put quite a good chunk into it and am now almost two thirds complete. 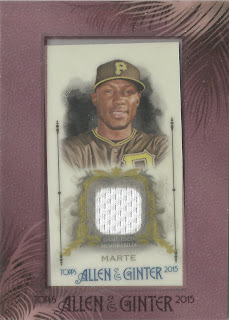 This particular relic might have dropped down to the cheaper end of spectrum after seeing the subject get suspended this season.  I don't mind.  I'm happy to add it to the set build!

Finally, I dropped some money into cards I'd probably never get in trades.  The above Gymnasticon plus all the other minis below are cards I needed from case hit mini insert sets. 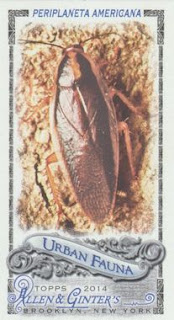 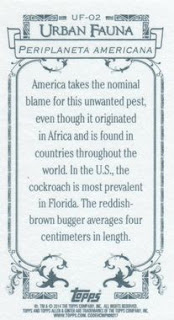 They all tend to be quirky or odd (like the above very gross cockroach), but I must have all the minis, so they all get bindered away. 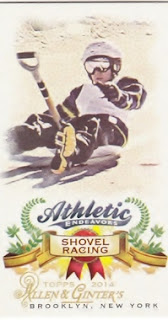 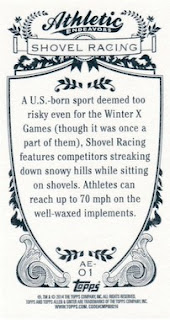 One of my favorites of these pickups was the above Shovel Racing card.  I remember attempting to do this type of thing as a kid, but I can't say I ever really got above 10mph... let alone 70mph.  Wow! 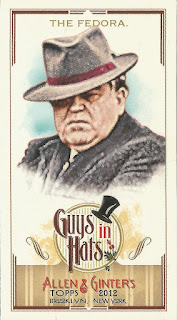 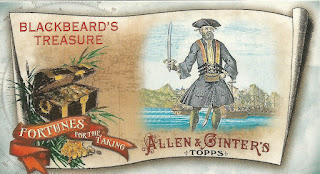 The final two case hit pickups come from sets I've barely put a dent in.  For whatever reason, these two sets plus the Fashionable Ladies sets always seem scare and tend to command a higher price-point.  $8.25 for that guy in a Fedora... seemed like a good deal at the time.

Even with all the Teheran's plus all of the above, I had yet to hit my $80 mark.  I thought about adding some more (even pricier) case hit inserts, but they all seemed a bit too ridiculous for my liking.  No, instead I went with something that I don't usually collect.

I was in the Ginter section of eBay, so it was inevitable that their algorithms would start understanding what I was after. 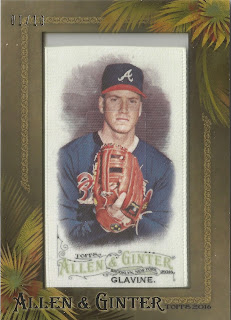 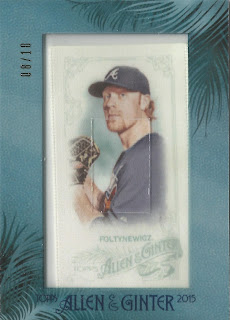 Silks started catching my eye and the fact that both of these were pretty steeply discounted from their original list price helped out a lot as well.  Braves pitching... right up my alley.  I've always wanted a few more of these silks to add to my collection.  They are A&G cards after all!

Those two ended up putting me quite a bit over that $80 budget, but with the 15% off I figured I had walked away with that Glavine almost for free... almost.
Posted by Bubba at 11:50 AM