A Drift of 'Danke' Dockets

Okay... maybe I tried a little too hard with that title, but that's hardly the point.  What is important is two of these great 'thank you' packages I recently received.  Both of the below packages came after my mass mailings of 2016 Ginter X (I still have more if anybody happens to still be looking for some).  Both of these fine gentlemen took a look at my wantlist and started crossing numbers off for me.  Best feeling ever. 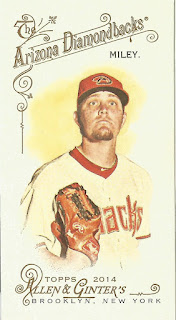 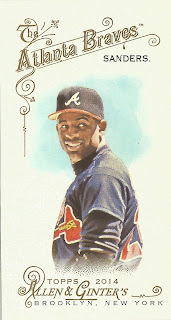 The first of these wonderful packages came from ARPSmith's Sportscard Obsession, who still seems to have a good smattering of leftover cardboard from the last two years.  Those two minis brought me down to 14 remaining to complete the 2014 regular back mini set! 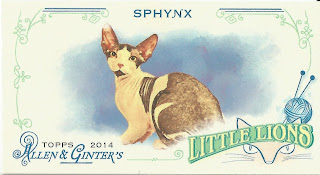 ...and this one 'completed' my Little Lions set.  Not a very cute last card to cross off the list.  I must admit that I'm slightly disappointed in it.  Also, I say 'completed' because I still don't have card number 16 from this set in my hands.  There's a bit of a story that goes along with that, but its for a different post. 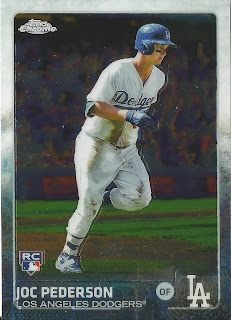 As a set collector, I tend to fall into a trap of thinking of cards as numbers, especially when there's still quite a bit of the set I still need. "Oh, you have that base card #65 I need!  Send it my way!"  It's not until I'm only a couple cards away from completion that I actually go look to see which subjects I'm missing.  It makes me appreciate cards like this Joc Pederson RC all the more.  This card was simply 2015 Topps Chrome card number 129 sitting on my wantlist.

Now, thanks to ARPSmith and the fine gentleman below, my list is down to four cards:

Here, I'll look them up now.  We've got James McCann, Kris Bryant, Steven Moya, and Jacob deGrom.  Whelp... three out of four of those should be super easy pickups.  I get the feeling #112 is going to be on my wantlist for quite some time though. 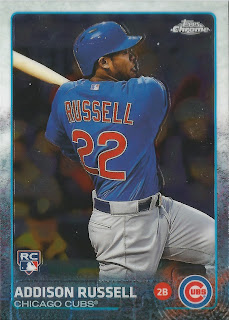 Then again, if people keep sending me awesome cards like this Addison Russell, maybe I shouldn't be too worried.  Dang, did 2015 have a ton of 'great' RC's or what? 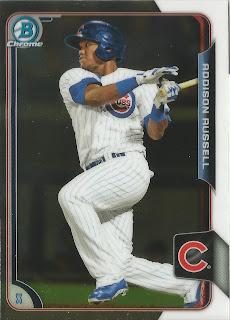 Oh, no big deal.  Just another awesome Addison Russell card.  During a time in which Cubs bloggers are rampant, Cubs cards are super hot, and the Cubs won the World Series, ARPSmith managed to get these to me.  Highly appreciated.  Thank you! 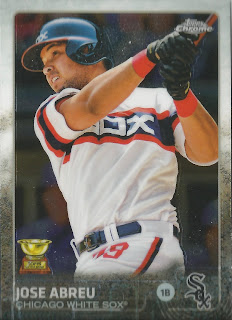 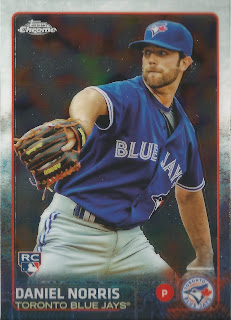 Package #2 came courtesy of Ryan from "O" No!!! Another Orioles Blog.  He also hit me up with a package full of Chromey goodness including the above two 2015 needs. 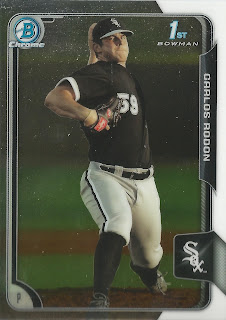 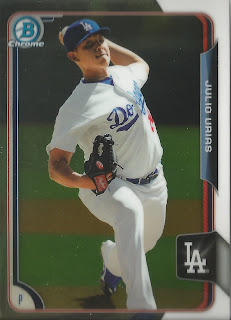 Ryan hit a bunch of my Bowman needs including these two highlights.  He also knocked my 2013 Bowman needs down to one card in each subset (which I find very odd).  Lets take a look at those three missing cards:

Okay! No big names here. Surely this shouldn't be too hard to finish! 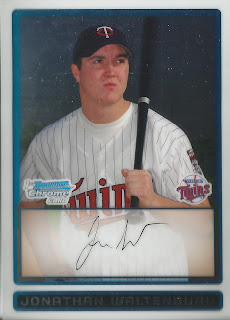 Lastly, Ryan sent me a single card from 2006 Bowman.  That's Jonathan Waltenbury if you can't read it.  Clearly, he didn't make it.  Doesn't matter.  I still needed the card!  Thanks Ryan!