So Much Better Than Your Tony Gwynn Rip Card

Gavin of Baseball Card Breakdown has been all over the blogs recently with many of his generous packages.  His most recently claim to fame is that he sent out a series of 25 "Rip Cards" featuring Tony Gwynn.  No, you will not see one of those Gwynn's on this blog, but that's because I got a way better package at a similar time. 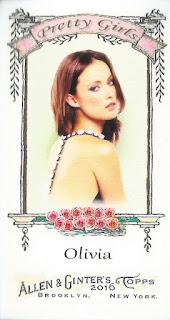 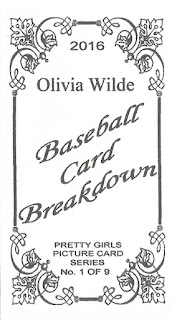 When Gavin first posted about making these, I e-mailed him about buying a set, but I uh... didn't appropriately follow-up.  Eight months later and I finally have these minis in hand. 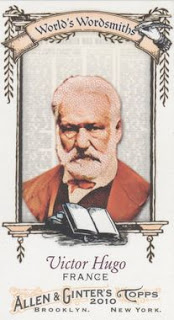 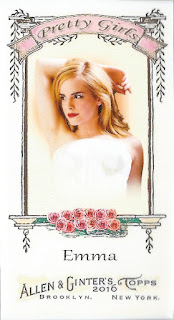 Here's the design Gavin was attempting to replicate, and these are pretty much spot on.  I have no idea what his process consists of, though I would imagine the hardest part was changing the book icon to the roses.  He even went as far as giving these women a colored shadow-type effect reminiscent of 2009 Ginter.  The Olivia Wilde one with the light green background was done particularly well.  It also probably helps that she's my favorite of the bunch. 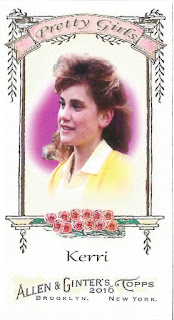 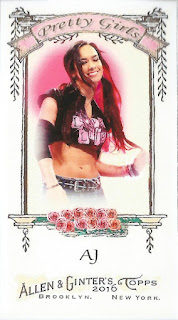 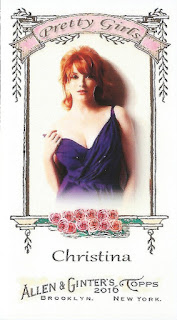 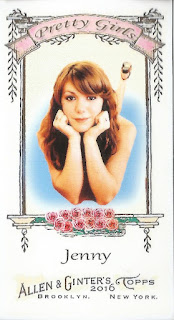 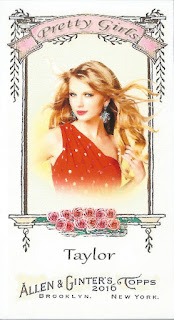 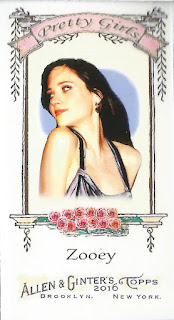 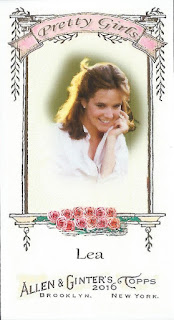 Back to the Future was (and still is) one of my favorite movies.  Lea Thompson is an integral part of that, and this is another one in which Gavin nailed that shadowing effect (perhaps I just like green???).  In any case, I own a few different Ginter themed custom mini sets.  There are only two sets that I have found worthy of adding to my Ginter binders, these and the 2008 themed Munnatawket minis.  Yep, these nine beauties are now bindered away as part of my 2010 Ginter "master set". 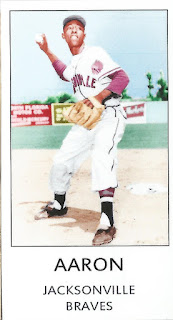 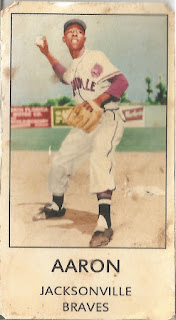 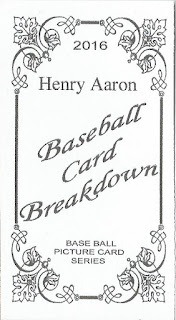 Gavin didn't stop there.  He also sent some customs of the great Henry "Hank" Aaron.  One of them went through his aging process and I actually think it turned out quite nicely. 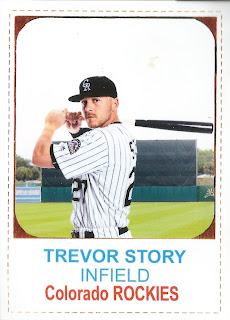 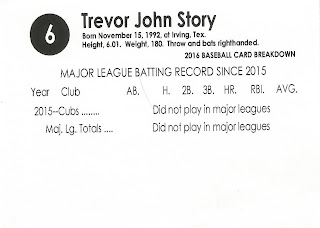 Another bonus custom!  I've seen this one around the blogs a bit, but I wasn't expecting to see it in my package.  I really appreciate it as I now have it on display at work in my Home Run Tracking station.  I'm a part of the team that attempts to track and calculate the distance of every home run hit in each of the seasons since 2006 (the year in which video became good enough to consistently see the ball leaving the ballpark).  It's an entertaining part of my job that I get to help out with, and Trevor Story certainly hits some major bombs. 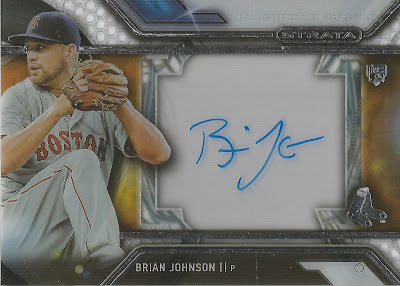 The inspiration behind the initial send of this trade were these three autographs.  Gavin opened a clunker of a Topps Strata box earlier in the year, and when he mentioned he didn't really want any of the cards I jumped at the opportunity.  I love great pitching, and UF grad Brian Johnson has potential to be great pitching.  I jumped at the chance to get a beautiful on-card auto of him. 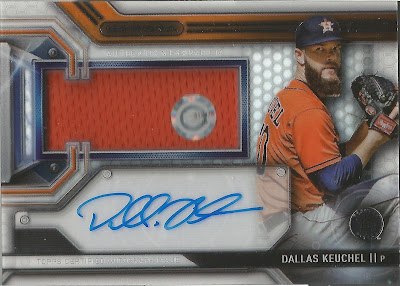 This was another auto I just had to have.  Gavin actually just pulled another one very recently in his Christmas box busting spree.  He did far better in that box opening than in his Strata one.  Go check it out.  In any case, I really don't understand why Keuchel isn't getting more hype than he is.  The guy is young (28), already has a Cy Young (2015), and is an absolute workhorse (has already led the league in CG and IP).  Yes, he had a down year in 2016, but he was also hurt (shoulder) for much of the year.  I still expect great things from this guy and I was ecstatic to add this piece to my pitcher autos collection. 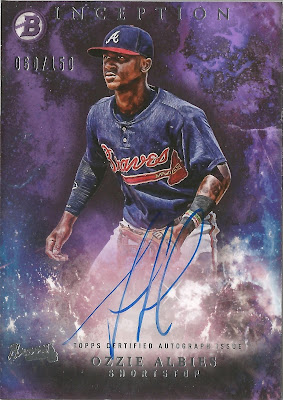 The only explanation I have for this last auto is that it filled a hole perfectly.  I honestly could care less who the player featured is (I did look him up when I initially asked for the card... but I haven't looked since).  The main reason I wanted this piece of cardboard was because it's an on-card auto featuring a Brave and its purple.  Have I said I love purple yet? 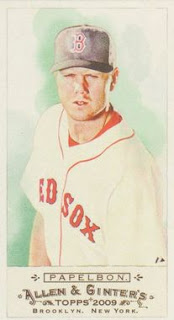 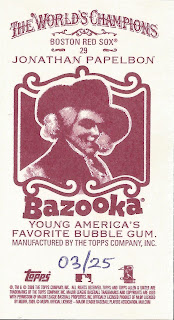 Not to be overlooked is Gavin's generosity.  Not only did I receive bonus customs from him, but this numbered Ginter showed up in my package unannounced as well!

There was actually one more card in this package that I still can't post yet because its a custom that is not yet fully complete.  Even still, it might be my favorite of the cards sent to me.  I liked it so much that I brought it home to show off to my family over Christmas (a family that has no idea about baseball cards), and it was a huge hit.

Thank you so much Gavin!
Posted by Bubba at 7:40 AM