Hobby Box number two started off with an ad panel.  I hate these only because they don't really interest me any they are impossible to store. 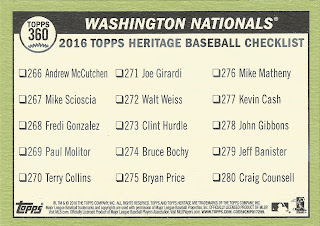 You can't really tell from this scan, but this is one of those gum stained parallels.  The only reason I even found it was because I got two of this base card from the same box.  I had to check what the difference between the two cards were and I found that this one had a slightly faded back.  It truly does smell like bubble-gum, which I suppose is kinda cool.  It did get me to go through the rest of my Heritage cards and stick my nose through them... 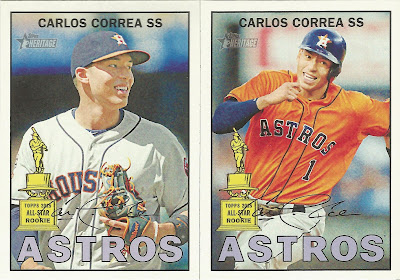 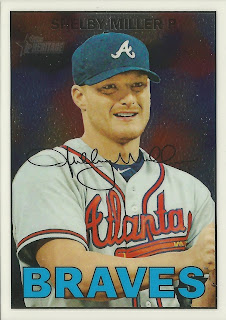 Shelby Miller still in a Braves uniform is pretty cool.  Apparently this is only a thing with the foils from Heritage (see Andrelton Simmons later too). 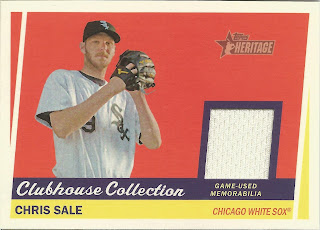 Not too shabby of a relic here either.  I'm being brief because the above was simply all bonus to me.  The below is what I was blown away by.  I found myself opening a hot box of 2016 Topps Heritage.  Every one of the packs in it contained a purple Chrome parallel and oh are they pretty.  I'm pretty much just going to let you look at them and let the cards do their own explaining.  The Simmons, Harper, and the Severino/Sano combo cards are the only ones I'm really emotionally attached to, so if you see something that really sticks out to you, I'd be willing to spread this wealth around. 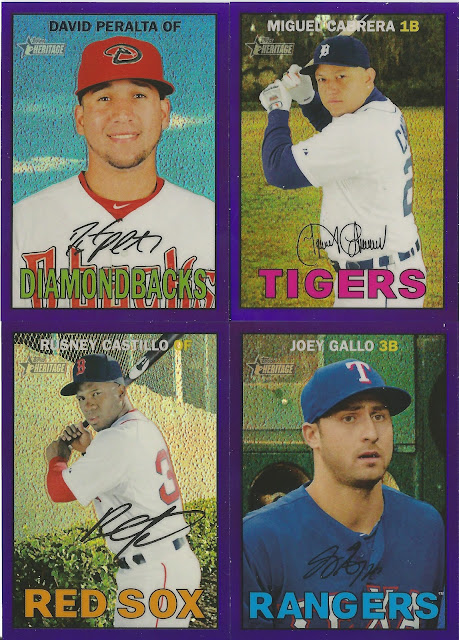 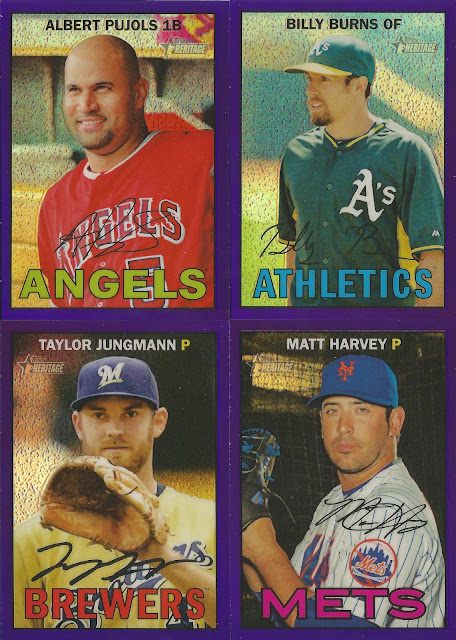 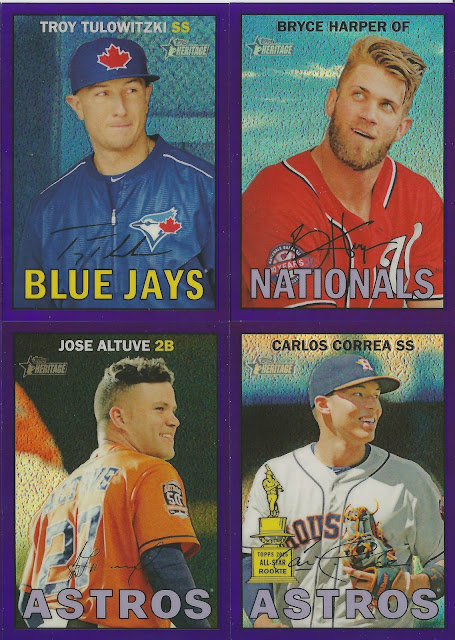 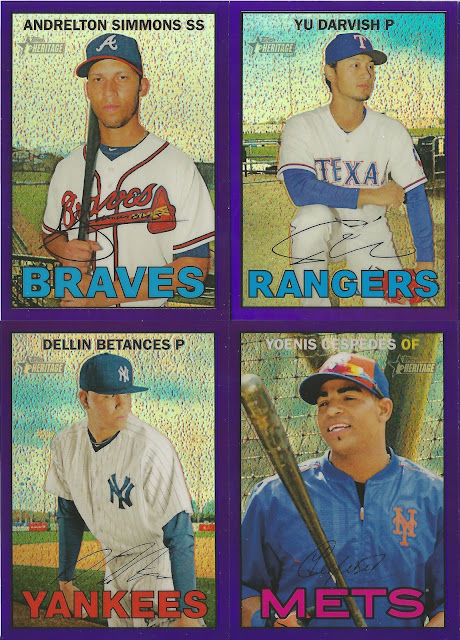 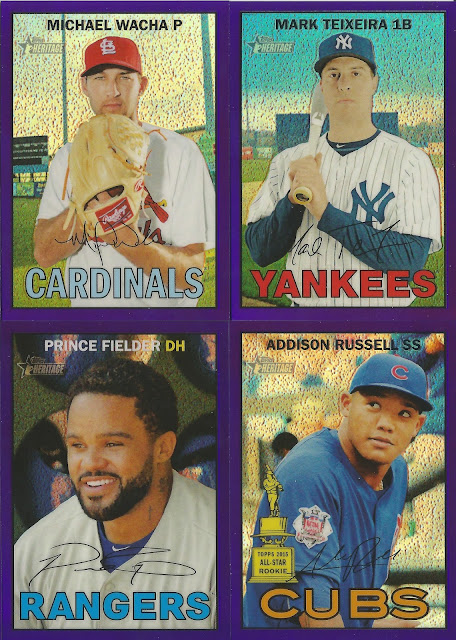 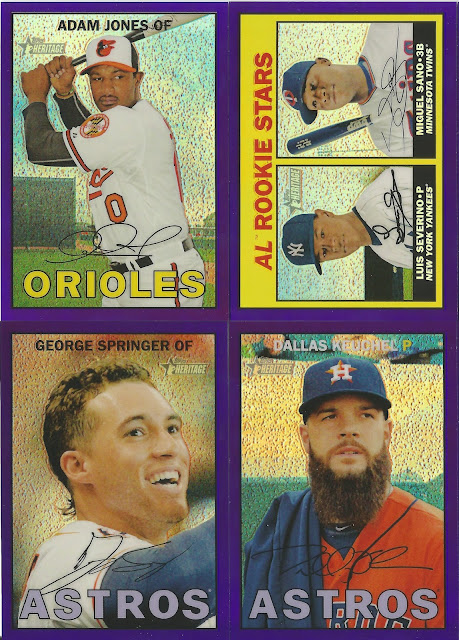 All I can say is that I love purple cards.  I was beyond happy when these started falling out of packs as I opened the box.  As I mentioned in the previous post, I do plan on trying to chase this base set and that want list is (finally) up to date.  If you've opened any Heritage this year go check it out!