The Conservative Mistress Part I: The Undercard

This post has been a long time coming.  I've admittedly been procrastinating a bit for no particular reason.  For example, last night I had ample time to start working on this, but I chose to watch Antman instead.  It was a pretty good choice.  I'm definitely a sucker for all these recent Disney Marvel superhero films.

I've also had a lot of trouble coming up with something to write about for these cards.  I like to give a nice detailed review of cards I get in trades (especially when someone sends me a huge amount of stuff).  Adam over at My Cardboard Mistress did just thas almost a month ago now.  The problem is that Adam's "huge amount of stuff" was almost all Ginter inserts.

This "problem" isn't that I'm unappreciative of the cards; in fact, these inserts are why I love Ginter so much (plus, I'm pretty sure I only got one duplicate in the entire package).  No, the problem lies in posting the cards and having something to say about them.  I have an ongoing series on each of the Ginter inserts, so I'm not going to talk about the sets he sent me.  I didn't really want to talk about the individual card subjects either... I started a post in that fashion and discarded it quickly.  I got bored with it.

I decided I needed a theme for this particular trade post.  I went through a few before finally settling on what follows.  I still don't like it very much, but I needed to get this trade post up at some point.  Hey, if you don't like it, you still get to see pretty scans of cards Adam sent me like this one! 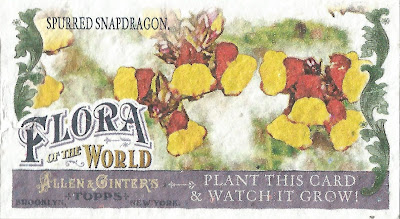 Whenever I have free time at work or home, my first instinct is to head to my blogger page and read all the recent posts.  Once I'm caught up with that reading, the next best thing for me is a website called FiveThirtyEight.  This website was created, and is still run by Nate Silver, a statistical anomaly as far as human brains are concerned.  Silver is the driving force behind many recent statistical indices throughout the sport and political world.  He was also the guiding hand behind the Soccer Power Index, a rating system that I work with pretty much every day.  He's probably most famous for developing the Player Empirical Comparison and Optimization Test Algorithm (or PECOTA) for baseball forecasting and for his work in forecasting the political scene.

In any case, I love the blog as it really digs deep into statistics over a variety of fronts.  The blog is still owned by ESPN, so it does focus a lot on sports, but it also hits on every other aspect of life as well.  I've never really been too keen on politics, and I certainly don't actively follow it.  FiveThirtyEight however, has certainly turned a lot of its attention in that direction recently, and I couldn't help but read some of it.

Thus my inspiration for this long overdue post.  Today we will do the unthinkable.  We shall somehow relate baseball cards to right wing politicians.  I say right wing simply because that is the only intriguing race at the moment.  I know... it's still possible that Sanders catches Clinton, but we're going to ignore that for the sake of this post.

Also know that I'm not very politically versed, nor do I have any idea what I'm talking about.  I'm simply making comparisons based on the characters (and oh do we have some characters) I've observed in the handful of debates I've seen.  So let's go! 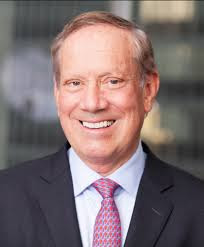 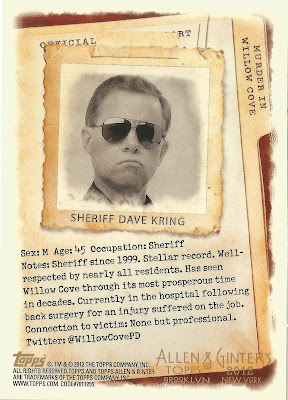 This is by far my weakest comparison of the lot, so I'm starting off with it.  I know very little about Pataki, even though I live only a state away.  Guilliani seemed to steal all the spotlight that New York had to offer throughout the 2000's.  Pataki was there all along as well.

Adam sent me some of these 2012 Murder in Willow Cove inserts that revolved around the Ginter Code for that year.  The back of these cards feature a newspaper front page that you have to put together over the entire set of cards.  This card features a particularly mean looking sheriff.  Out of all the candidates (except for maybe Chris Christie who I have a better card for), Pataki has always seemed like the guy most likely to bust up your day.  Seriously... don''t trust his gentle smile.  He's from New York after all! 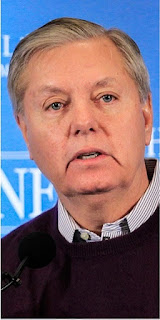 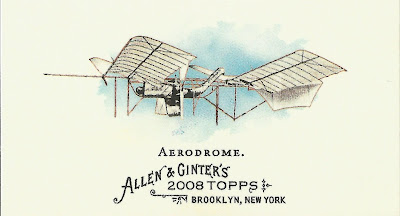 There's going to be a lot of finger pointing and guffawing at people in these two posts.  It's by no means an indication of how I feel about these people.  For example, I'm beyond grateful for Mr. Graham's service to the Air Force for 33 years.  However, that's not the only reason why he gets a beautiful picture of an Aerodrome next to his face.  It also has nothing to do with the fact that Graham is from South Carolina and the inventor of this contraption (Samuel Langly) passed away there too.

Nope... it's more to do with the fact that he always finds a way to look high.  Don't believe me??  Here's another picture. 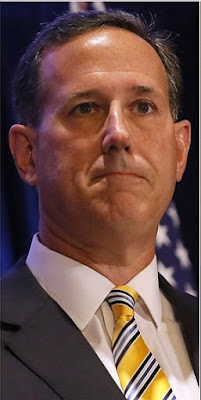 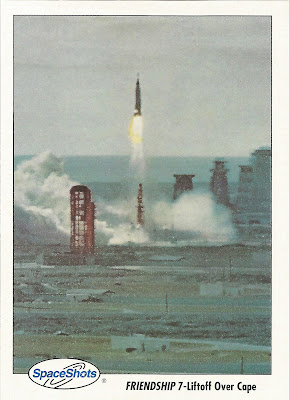 The first of the candidates that I've actually seen in a debate.  This guy recently went out and said that we're in the middle of World War III.  I guess that's the kind of thing you say when you're stuck on the under-card and are trying to get people to listen to you.  A bit audacious I'd say.

In any case, Adam sent a few of these SpaceShots cards along with the package of Ginter as a type of packaging buffer so the other cards wouldn't get damaged.  I like these cards though!  I've always enjoyed space photography, and that first picture reminds me a bit of a missile launch (hence the WWIII comment...). 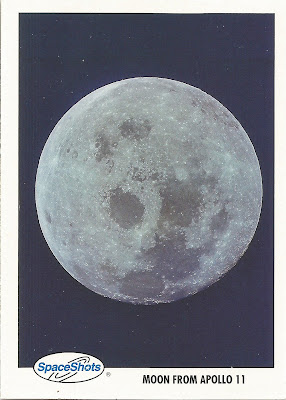 Another space shot.  I don't think I'd actually ever consider collecting these.  I just simply wanted to highlight one of the best packing materials I've ever seen. 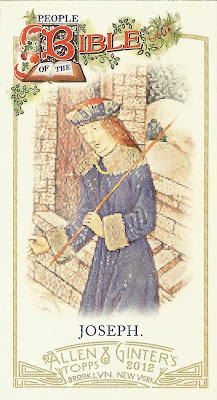 This one's pretty simple.  We've got a Classic Christian Conservative Candidate.  Here's your Complimentary People of the Bible insert Containing the Caricature of Joseph.  538 ran a pretty cool graphic last week that designates where these candidates stand around the "establishment" as they like to refer to it.  I love where Trump is on this graph.  It only makes his card all the better when we finally get to it.

Obviously that's not all Adam sent me.  It's just a start!  I'll leave you with two more inserts that he sent over that didn't get attached to any right-wing people.  Perhaps we can attach these as a whole to left wingers!  Do it!  One is Clinton, the other is Sanders.  No one cares about O'Malley.  Assign them both a card in the comments! 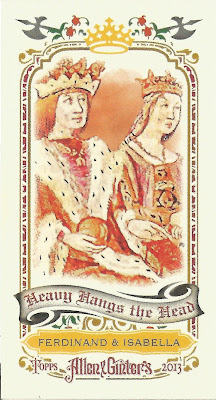 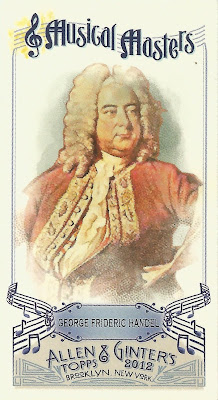 Oh, and I suppose if it took me this long to get this post up, it'll be Christmastime before the next one.  I certainly hope not, but if you don't hear from me, have a very MERRY CHRISTMAS!
Posted by Bubba at 1:01 PM